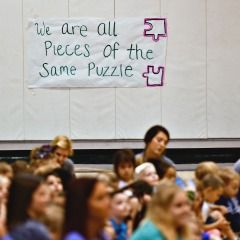 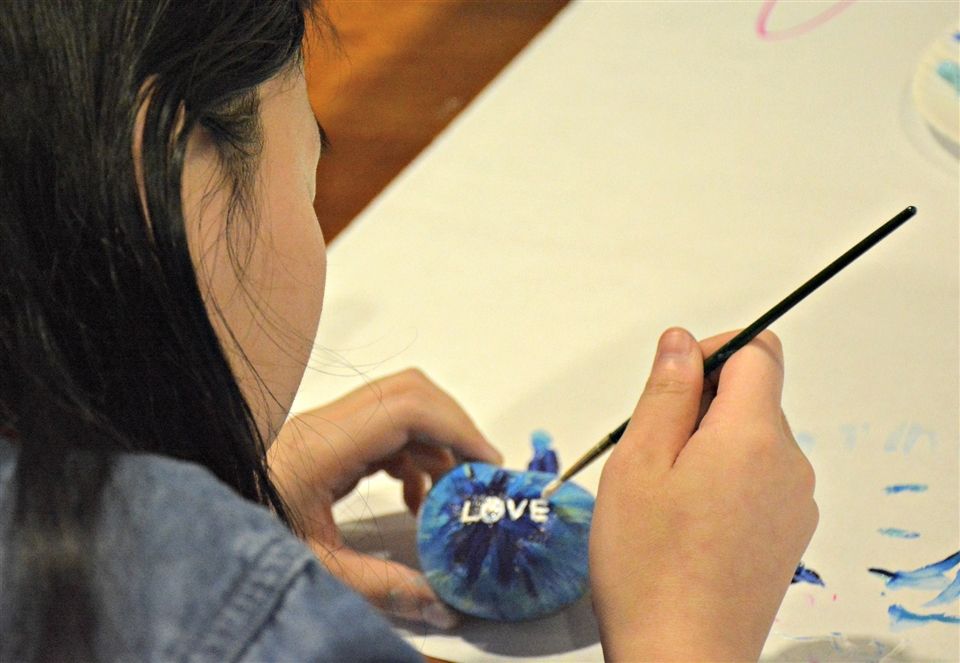 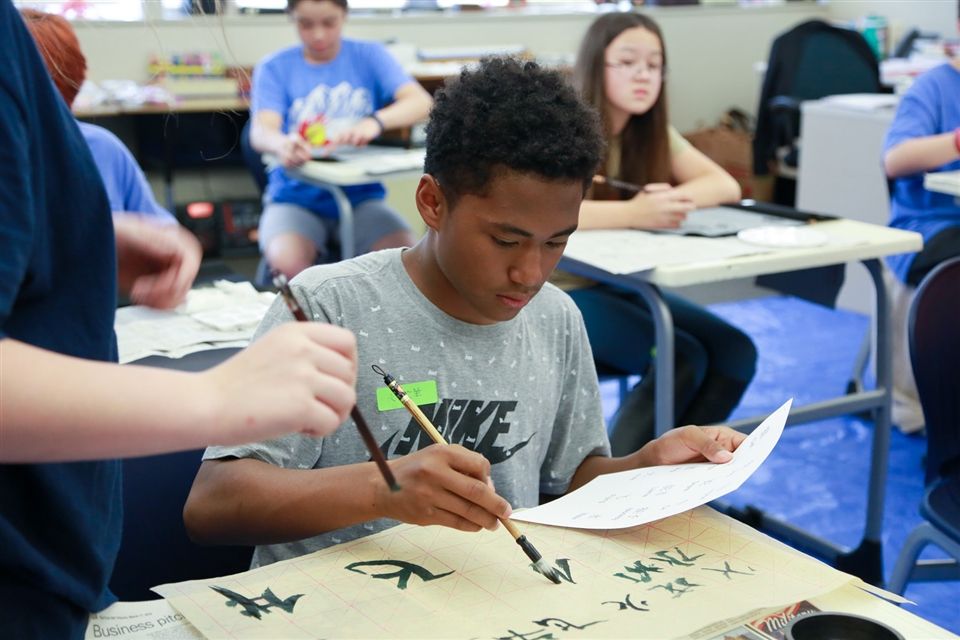 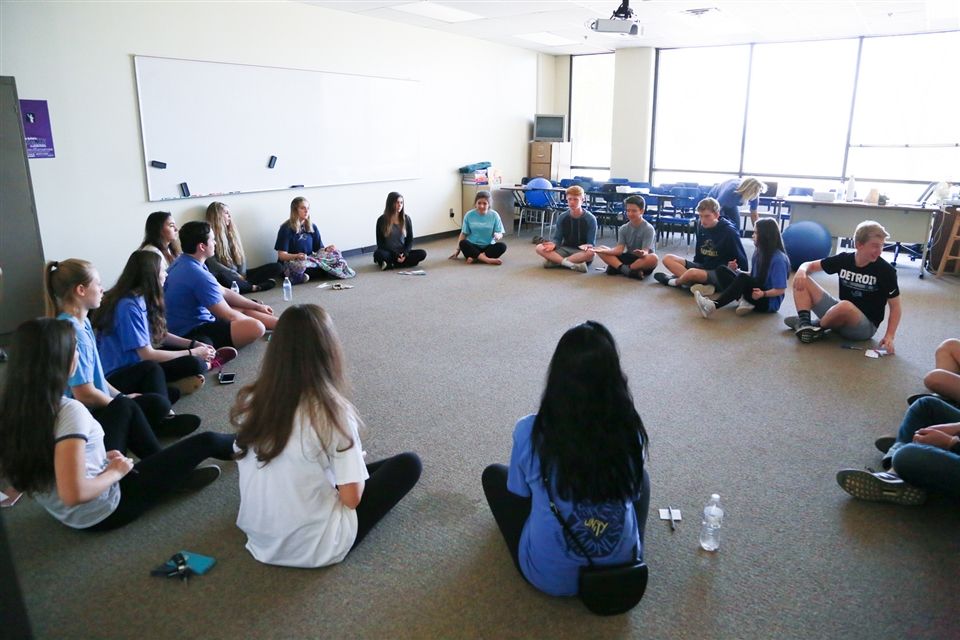 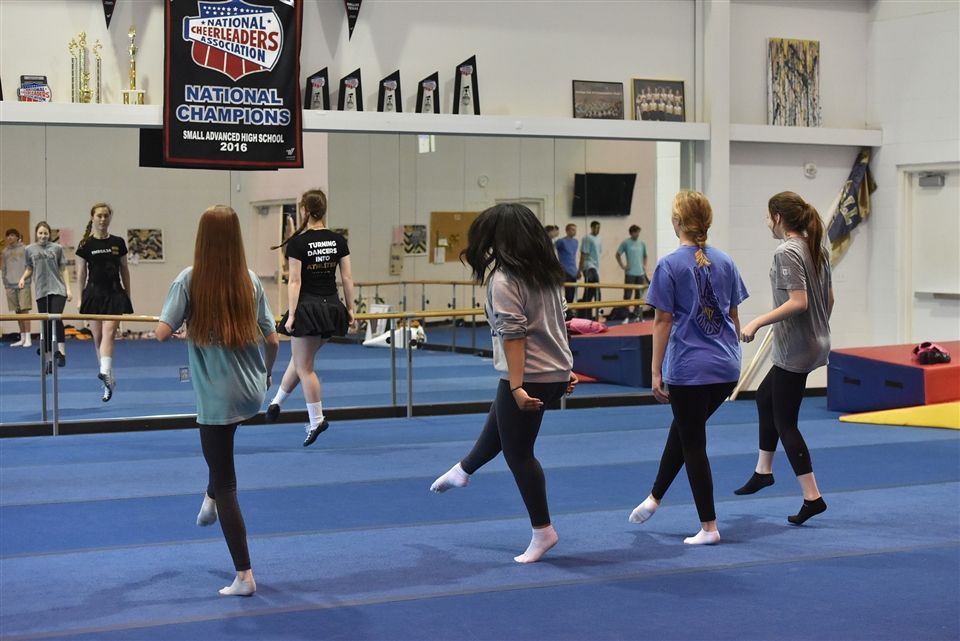 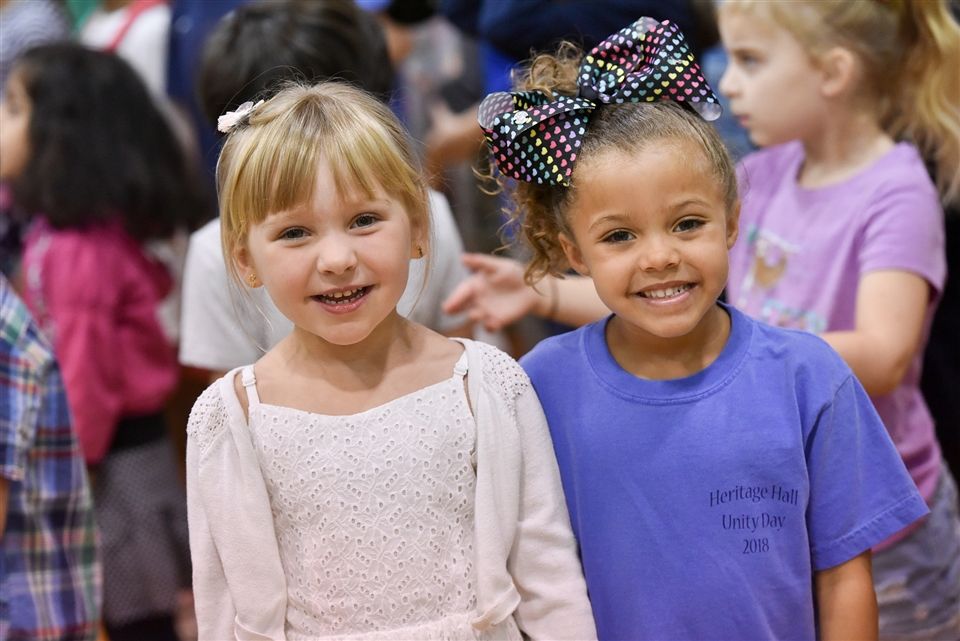 On Tuesday, April 24, the Heritage Hall Upper School Diversity Club hosted its second annual Unity Day, a school-wide celebration of our community’s diversity and desire to learn from one another. By all accounts, it was a perfect encore to last year’s inaugural event.
Unity Day commenced with a heartening opening assembly, during which Mrs. Katie Trudgeon, Diversity Club faculty sponsor, reminded us that events such as these further strengthen communities like Heritage Hall, a school powerfully unified by its wealth of diversity. The assembly concluded with Mr. Hagiwara, Lower School music teacher, leading Chargers from all divisions in song and dance.
Following the assembly, Jo Ivester, an advocate for equality and social justice and author of The Outskirts of Hope: A Memoir of the 1960’s Deep South, spoke with Upper School students while Michael Korenblit, president and co-founder of the Respect Diversity Foundation and author of Until We Meet Again, visited with Middle Schoolers; both speakers encouraged students to stand up for diversity and respectfulness of others on all fronts.
Rather than resuming a normal school day, upper and middle school students then attended various workshops taught by fellow students. Upper school offerings ranged from Meditation for Dummies to Our Environment: What You Need to Know to Down Syndrome is Beautiful to Happiness is a Habit. Middle school offerings included Therapy Animals and How They Help People, Community Building Through Art, Body Positivity, and Word Power. In the Lower School, fourth graders visited each classroom to deliver a presentation entitled Many Chargers, One Community.
At the end of the day, Korenblit praised the lengths Heritage Hall has taken to celebrate and create a showcase for its diversity. Indeed, it is a priority of Heritage Hall that every Charger feel accepted, valued, and honored. Unity Day is a positive step in fulfilling that mission.
Thank you, Mrs. Trudgeon and Diversity Club Officers Maya Banks ’20, Sydney Fikes ’18, Michael Gehr ’18, Tori Lane ’19, Tahirah Naidu ’18, and Turner Watkins ’19, for organizing this day of cultural education and awareness.
Back